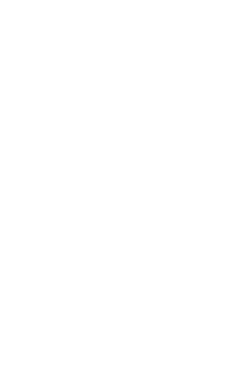 Prabhuram Jivanram was born into a family of Ayurvedic doctors. His father was a well respected Vaidya in Porbundar, his home town in Gujarat, India. His family belonged to the Nagar Brahman, and was considered wealthy at the time of his birth. Things were just what one would wish up until the age of 3 when his father died. The financial situation became critical for his family. Therefore he and his brother were brought up by their uncle.

During his childhood until the age of 12, he was taught in Sanskrit. At the age of 15 he got married to the sister of Shastri Shankarlal Maheshwar, a famous poet, whose father was an Ayurvedic doctor as well. They had two sons together, one became a lawyer (Sir Vishwanath Vaidya) and the other one an Ayurvedic doctor and surgeon (Dr. Popat Prabhuram). Unfortunately he became widowed early and never married again.

Both of his sons left their impact on the Indian society as well, following their fathers passions. Sir Vishwanath Vaidya brought the first Masonic lodge to India and was very interested in the Vedas and Sanskrit language. Dr. Popat Prabhuram was an extraordinary doctor and vaidya and turned the Prabhuram Ayurvedic College into a University.

But now back to the young Prabhuram Jivanram, who followed in his father’s footsteps and studied Ayurveda. He became a disciple of Vaidya Vitthal Bhatt of Jamnagar, Kathiawar, Gujarat (his brother in law) and his fellow classmates were the well known Zandu Bhatt and Bawabhai Achlji.

A nice anecdote that is told about the end of his studies: After studying for several years he asked his teacher if he could soon return home and he got the following answer, “Whatever knowledge one guru can give you, you have. Further knowledge you earn with experience:’ Consequently he returned to his hometown Porbundar, where he took up the position as the vaidya of the royal court, which was assured to him before he left for his studies by His Highness of Batwa. His Highness had a close relation to Prabhuram’s father, who served himself as vaidya of the royal court in the past. The young Prabhuram earned the same respect his father once had.

One important achievement in his home town was that in 1850 he established a large dispensary, which inured to the benefit of its population.

In 1857 an unfortunate incident with a group of tourists visiting Dwarka, a place to worship Lord Krishna, in the company of the well known Sir Morarji Gokuldas, a famous business tycoon, drove him to move to Bombay. One of this Sir’s relatives fell very ill and the Allopathic doctor, Dr. Narayan Daji, who traveled with them, could not help this person. So Prabhuram Jivanram, as the royal court vaidya, was called to action. He was able to cure the patient and so the word about his outstanding competence as Ayurvedic healer was spread.

In Bombay he started an Ayurvedic practice, and say it continue to grow. During the times when Allopathic doctors tried to prove that Ayurveda did not work and tried to stop vaidyas from practicing, Prabhuram Jivanram proved that “black is white”. He impressed with his clinical knowledge and by curing many people. He demonstrated that this several thousand year old science was indeed very useful.

For his outstanding efforts to lift Ayurveda out of its stagnation, he was awarded the title of “Ayurved Uddharak” (Reviver of Ayurveda) at a Vedic religious conference in New Delhi, in 1876.

In 1877 he established the first Ayurvedic Institute and in 1896 on the 1st of May he and his son, Dr. Popat Prabhuram, turned it into the first Ayurvedic College in Bombay, India -The Prabhuram Ayurvedic College-with the intention to provide better education for prospect Ayurvedic doctors. Many guests witnessed this special moment, one of them was Justice Mahadev Govind Ranade (judge of the Bombay High Court and cofounder of the Indian National Congress). The very first class totaled 27 students. They were taught in Ayurveda as well as allopathic medicine. Parts of the core curriculum were the Patangali Yoga Sutras and Ayurvedic Shubhashitani, which are very precious writings of the Vedas. This school indeed tried to incorporate the old knowledge with the new knowledge of healing. This college had a charitable dispensary and a small charitable hospital. Surgical instruments, microscopes and other important equipment were provided. Seeing this institution grow must have inspired people like Madan Mohan Malavia and Hakim Ajmal Khan, who were frequent visitors. In 1928 Madan Mohan Malavia established the Ayurvedic department at the Banaras Hindu University and Hakim Ajmal Khan founded the Delhi Ayurvedic College. Both institutions are very well respected schools to this day.

His knowledge of herbs proved to be very helpful in discussions with his allopathic colleagues, as well as during the drought in the mid 19th century in Gujarat, when he mentioned to the officials that the roots of the Ficus tree are a natural reservoir for water (its wood is the only wood that does not rot in water). So water could be found by digging holes nearby these trees. Another compelling detail is that the following four trees were considered by him as disinfectants and air purifiers: Vad (Nyaghrodh- Fecus Bengalensis), Pippa I (Aswath-Fecus Religiosa), Udumbar (Fecus Glomerata), Neem (Paribhadra-Melia Azadirachta).

Despite his apparent success with Ayurveda, it proved to not be his only passion. His heart was also very close to the Vedic Religion and the Sanskrit language, so he left his marks there as well.

In 1862 he established the “Ved Dharma Sabha” (Association of the Vedic Religion) in Bombay. This association released a magazine called “Arya Dharma Prakash” (“Light of Vedic Religion”). In it many Ayurvedic and Vedic writings as well as some articles of famous European philosophers were published.

In 1880 at a religious conference in New Delhi, India, he was announced the President of the Vedic Congress (Vedic Sanatan Dharma Maha Sabha= Vedic religion conference).

Prabhuram Jivanram Vaidya wrote several books, like ‘Vishranti’ (on Vedic principles), ‘Forceps Use by Ancients in India’ (on Ayurveda), ‘Vedas and Ayurveda: ‘Panchakarma: ‘Nivid’ (on Veda) and was a prolific translator as well. Probably the best known is the translation of Sushrut Samhita, one of the main Ayurvedic texts from Sanskrit to Gujarati and Pali in 1891. In turn this text became more available to a broader audience. Concerning this work, he was described by The Journal of the Royal Asiatic Society of Great Britain and Japan (Jan. 1903) as’ … a scholar who made medicine his lifelong study, and was known in western India as an authority on Sanskrit medical works: Another translation was ‘Sarngadhara Samhita’ from Sanskrit to Gujarati which was furthermore translated even into German, edited by Dr. Ernst Kuhn and published by the well known publishing house Reuther & Reichard, Berlin, Germany, in the ‘Orientalische Bibliographie’. The initiative for this German publication was very likely the visit of four German allopathic doctors from Leipzig, who had deep discussions with Prabhuram Jivanram Vaidya about Ayurveda.

After this long productive life dedicated to humanity he announced in 1900, at the age of 68, that he would like to retire from his active life and wish to take Sanyasa. to dedicate the rest of his life towards spiritual pursuits, His name changed to Swami Krishnanand Saraswati and his guru wa.s Shankracharya. He became” Patt.a Shisya” (most respected student) of Shankracharya. In 1902 he decided to depart this life and he took Samadhl In his yogic balance, with his last word ‘Ohm’. At hi.s last day many persons of high standing from Bombay, India and Europe came to give him their respect. Among them were Goswami OeuklnandacharyaJI. Srahamcharlji Rameshwarji (high guru of Vedic religion), Dr.Sir Bhakhandra, Honorary Vrajbhukhandas, Dr. Carter, Or. Mansur, Mr. Pierson. Mr. Narotam Murarji Gokaldas, His Highness of Mangrol, His Highness of Wad la, His Highness of Sasda and SirVasanJI Khlmjl. His Samad hi Is present to this day at Banganga. Walkeshwar in Bombay.

Prabhuram Jivanram Vaidya was one of the devoted vaidyas who brought Ayurveda out of many years of darkness and helped starting the revival of Ayurveda during the British Raj.

His life story is very inspiring, she knew how to fight for things that were important to him and how to reach out to people of a different culture. with an open heart and an open mind. In short, he was a very wise man who tried to bring the know ledge of the past and the present together. In order to build a better future, not just for his own country.

The tradition of Ayurveda is still continued in hi.s family, in the 7th generation now, to this day and, Ayurvedlc charitable clinic continue to serve needy and poor from last more than hundred years.