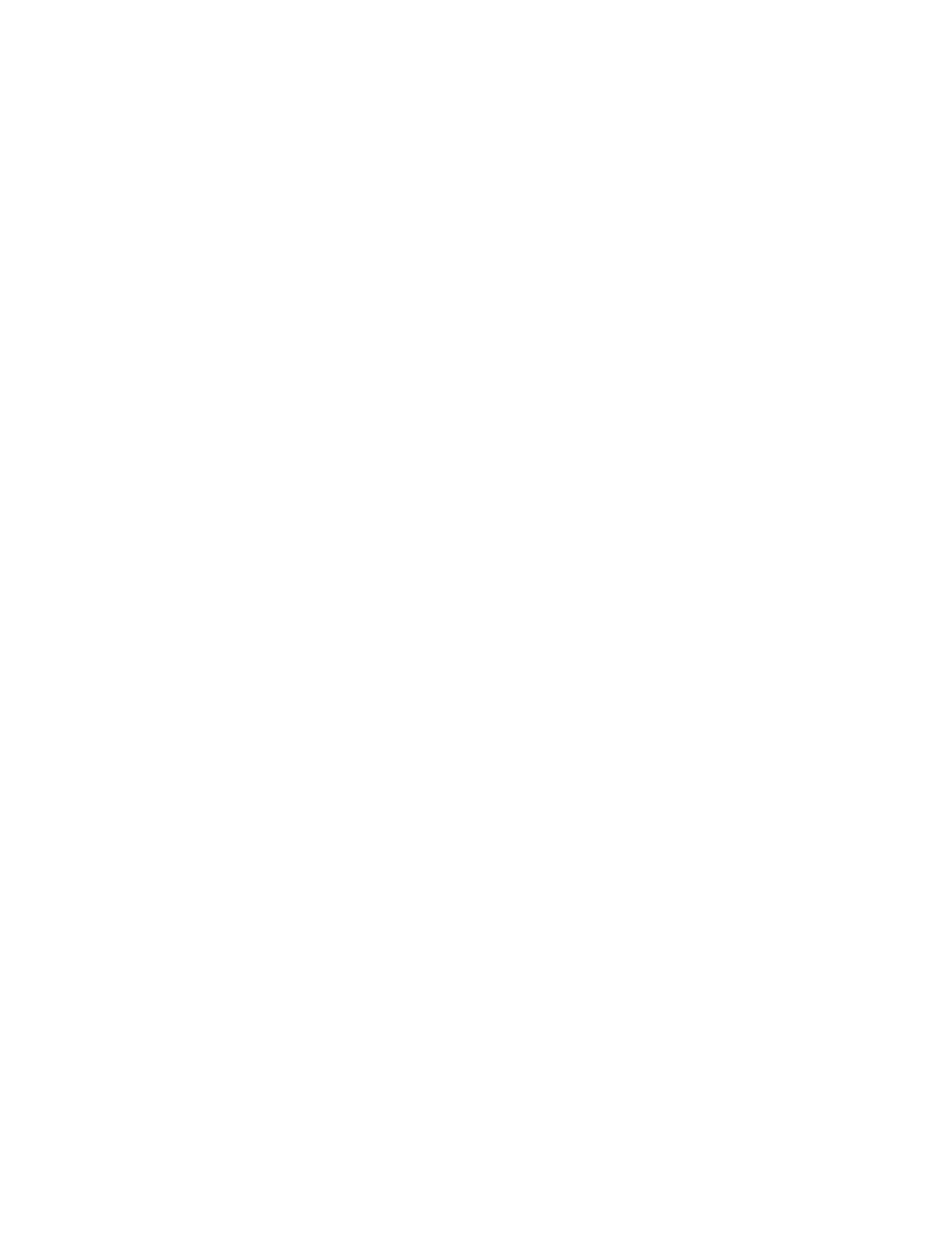 THE FIGHT TO PRESERVE AYURVEDIC MEDICINE IN COLONIAL INDIA

Is graduate from C.U. Boulder, U.S. in English literature and writing. Now working at CSU (Colorado State University). She gathers the truth and wrote this article with proper deep probing.

In the late 1800s, when India struggled to preserve the integrity of its traditions under British imperialist rule, many Indian health practitioners began to pursue an education in Western, or allopathic, medicine — in addition to their culture’s traditional Ayurvedic methods. The foremost practitioner of this persuasion was Dr. Popat Prabhuram Vaidya, Bombay’s leading healthcare practitioner at the time.  If not for Dr. Popat’s strong stance against British oppression of Ayurveda, one of the most treasured healing systems may have dissolved into nothingness.

Hailing from a long line of renowned Ayurvedic healers, Dr. Popat exhibited a mastery over traditional Indian medicine. But as a scholar, he also trained in the Western system of medicine, believing that a fusion of both healing doctrines better served the patient. Healthcare, he ardently believed, should not be practiced out of political necessity, but rather, as an altruistic pursuit.

In 1896, Dr. Popat inherited the first Ayurvedic Institute that his father had founded, and turned it into the First Ayurvedic College in Bombay, India. When the trustees of the Ayurvedic University named the school after Dr. Popat, they did so with the realization that he had done all that was in his power “to preserve the art and science of the world’s oldest healing system.”  Dr. Popat donated 15,000 rupees out of his personal finances to ensure the success of his students and institution, further endearing him to the trustees and the community.

The Ayurved Vidyalaya was established to guide dedicated students through an intense five years of training in both Western and Eastern medicines. At the end of their tutelage, students were required to pass a certifying examination that would give them the authority to practice medicine. But there were obstacles yet to overcome.

Under the British occupational government in India, the millennia-old Ayurvedic tradition struggled to survive the onslaught of the Western medical paradigm.

Contrary to the unfolding of historical events, popular belief now inaccurately postulates that the Indian public opted for modern Western medicine in favor of the traditional practices that devoted physicians had carefully cultivated and practiced for more than 5,000 years.

Seth Dean of GS Medical College and KEM Hospital, in Parel, Mumbai, wrote, “Given the backdrop of colonialism and hegemony, the confluence of the East and the West was turbulent… [By the 1830s] in Bombay, Sir Robert Grant became the Governor and was deeply moved by the vast number of Indians who died due to lack of proper medical care. He envisaged the idea of training Indians in Western medicine and as he tried to expedite his agenda for a more systematically planned medical college, he met with strong opposition.”

As time moved on, the rift between traditional healthcare and modern medicine widened. Dean noted, “There was a clash of cultures where the East was seen as weak against the powerful knowledge of the West. Both groups tried to differentiate their own set of ideas from those of the other. In the East, medicine was largely pluralistic and there was awareness and acceptance of alternative traditions. Medicine was not viewed simply as a biological phenomenon and emphasis was given to a patient’s societal standing, environment, and relation with the therapist. As colonial arteries hardened, claims of the Western superiority and scientific authority isolated Western medicine. Allopathic practitioners saw themselves as modernizers and often treated their indigenous counterparts with contempt for their “inferior knowledge.” Local knowledge was labeled unscientific or irrational. While Western medicine was accorded the status of official medicine, the state turned discriminatory and hostile toward the other systems. The rising tides of nationalism also posed to be an obstacle in a healthy exchange of ideas.”

Texts recording the political events of India in the late 1800s explain that, in an attempt to eradicate indigenous culture and westernize the country, the British began closing Ayurvedic clinics and dispensaries in an attempt to replace the ancient practice with allopathic medicine.

In 1909, after decades of trying to marginalize and do away with native Indian healthcare practices, the British government, pressured by the Western medical system, made a move to disbar Ayurvedic doctors. British persistence resulted in the Bombay Medical Registration Act of 1912, which moved to disqualify any medical practitioners who were not exclusively trained in Western medicine, holding a license or degree from a government medical college or school. Thus, Dr. Popat’s academic institution, which operated on a foundation of convergence between the Ayurvedic and allopathic schools of thought, was rendered illegal.

Dr. Bharat Vaidya, M.D., seventh generation Ayurvedic doctor and great great grandson of Dr. Popat, explained, “In 1912, Dr. Popat Prabhuram was sued for practicing Ayurveda, but he gave all of his money and put all of his effort into creating a defense for Ayurvedic medicine. He won this battle, saving Ayurveda.”

Shortly after Dr. Popat’s victory, the Bombay Government passed the Medical Registration Act, which reinstated the Indian right to practice the healing methodologies according to tradition.

The Indian Medical Gazette reported the specific wording of the Act:

In support of Dr. Popat’s Ayurvedic University, Hon. A.M.K. Dehalvi, President of the Bombay Legislative Assembly, noted in The Times of India (“The Health,” Vol.1, No.6, 1929) that Dr. Propat’s work was producing a new generation of healers with the necessary licenses and knowledge “to carry on the most delicate and the most delicate work of curing physical suffering and ailments of humanity.” Dehalvi wrote, “You are blending…two systems of the East and the West and creating a spirit in your students of research and progress in the Indian Medical Science.”

Dr. Propat went bankrupt from legal fees and the disruption of his work but nevertheless continued with his duties at the university and, perhaps more importantly, kept alive his legacy as a traditional Ayurvedic doctor to be passed on to successive generations.

As the world’s first documented healthcare system, Ayurveda’s rich history reaches back more than 5,000 years, first passed down from one generation of healers to another via oral tradition, before it was at long last documented in now-ancient Sanskrit texts.

Rooted in Vedic tradition, the principal tenets of Ayurveda assert that good health is dependent on achieving a harmony between the mental, physical, spiritual, subtle, and social aspects of one’s life. For this reason, successful practitioners regard Ayurveda as both a science and as a philosophy by which to live life.

Ayurvedic philosophy teaches that there are three /doshas/ (or facets) of the human body that must be balanced — and a dominance of one or more causes illness. Through the delicate adjustment of these doshas, gifted Ayurvedic healers have successfully treated countless ailments — from allergies to cancers.

According to researchers at the University of Minnesota ’s Earl E. Bakken Center for Spirituality and Healing, Ayurvedic medicine remains India’s primary healthcare system, with more than 90 percent of the country relying on one aspect or another of its principles.

*The Legacy of Ayurvedic Medicine*

India is arguably home to the most ancient body of knowledge in the world. While many in the Western hemisphere are only now discovering a spiritual connection to nature, plants, animals, the environment, and the earth, the classic Vedas of India have long held detailed descriptions of these connections. The Vedas teach that all of life is woven into the same fabric, and by this token, Ayurveda recognizes that human beings are inseparable from all other life forms and expressions.

More than 150 years later, Dr. Popat’s legacy lives on through Dr. Bharat Vaidya, his great grandson, who can trace his family history back to a period in which his ancestors migrated from northern India and down into ancient Greece. When Alexander the Great invaded India in 326 BCE, noted Dr. Vaidya, his ancestors migrated to India as physicians and eventually became well-established as per Late Vaidya Himmatji, Pondicherry Aurobindo Ashram on ‘Prashnora Nagar and Kaviraj’ clan who self was student of the same school.

Dr. Vaidya now operates the most traditional Ayurvedic clinic in the tradition of his forebears. His Ayurved Sadhana, operates out of Broomfield, Colorado. Trained in traditional Ayurveda as well as western medicine, Dr. Bharat Vaidya bases his practice on the heart of ancient Ayurvedic philosophy that includes an encyclopedic knowledge of plants, herbs, sounds, vibrations, the five elements, and much more. He now passes along his timeless wisdom and healing art to the students who are enrolled in his own three- and four-year rigorous and comprehensive certification program in Ayurvedic healing.

Dr. Vaidya’s students are required to recognize, categorize, and identify a host of healing plants and their properties. They also learn the myriad ways that herbs and foods are used in the healing and rebalancing of the body’s dosha system. For five generations, Dr. Vaidya’s family has maintained a standard for natural healthcare based on teachings that are inseparable from interplay of life, mind, body, and spirit. Namaste