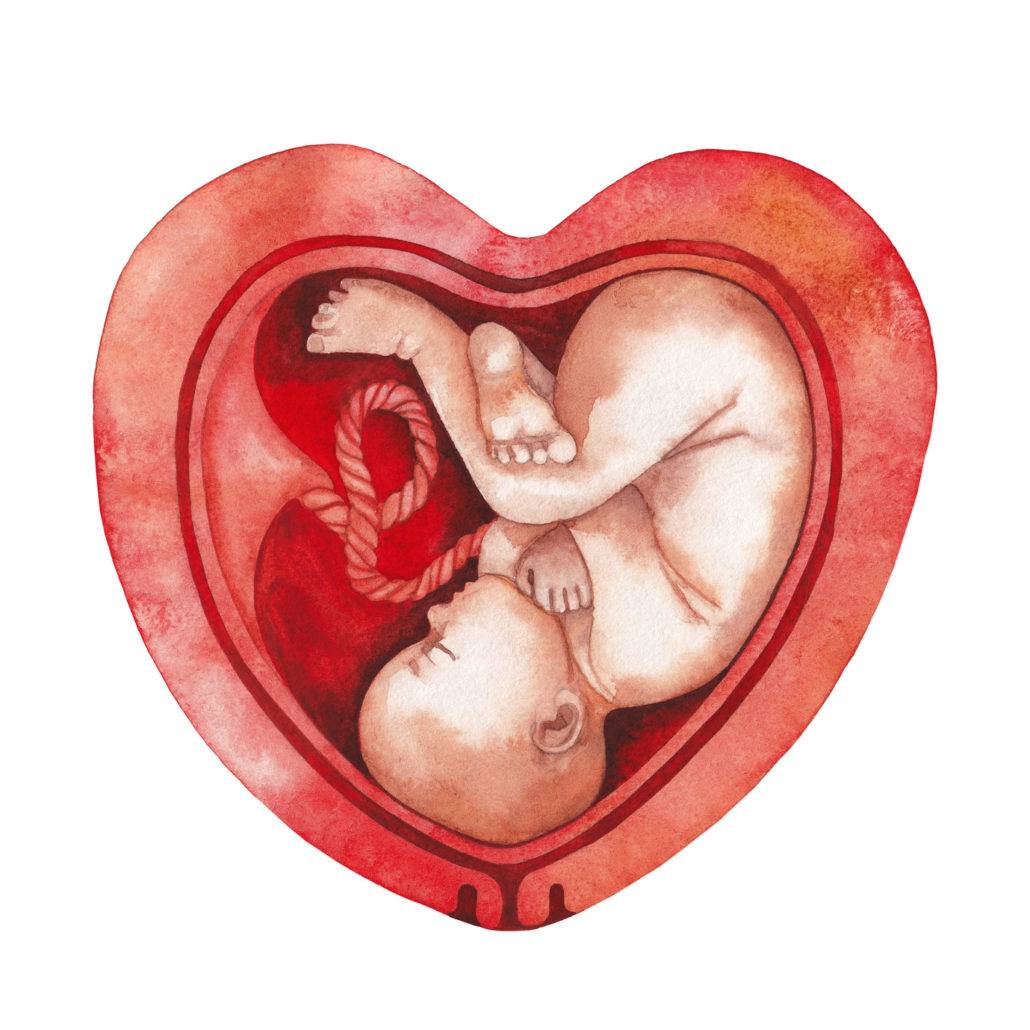 The Upsneha or nutritional component of Uterus is also responsible to create primitive placenta and as per first Ayurvedic Midwifery graduate Ms. Krishnabai Redkar from Prabhuram Ayurvedic College – 1904, this upsnehas are like ghee -highly nutritional and promote deep dhatwa agni (tissue fire) in Uterus. In modern terminology, it is known as yolk sac.

INTERESTING: In Sanskrit language Placenta known as ‘APRA’ and, in old times Persian (Parsee) Vaidya’s like Dhanjishah M. Hathikhanawala etc.…use to call it ‘APARA’ in Gujarati language means our own or my own. It belongs to Shakti – women- my own placenta, my own baby, my own body, my own uterus and my own decision.

As per NCBI resources article, the human placenta and cord blood are rich in hematopoietic progenitor and hematopoietic stem cells (HSCs), which give rise to all the blood cell types including myeloid (monocytes and macrophages, neutrophils, basophils, eosinophils, erythrocytes, megakaryocytes/platelets, and dendritic cells) and lymphoid lineage (T-cells, B-cells, and NK cells) cells.

This is the reason that placenta is most important nutritional substance and why wise animals eat their own placenta -to repair and replenish uterus after birth of baby and prevent and cure so many diseases. Have you ever thought to combine this placenta with certain Satawik (pure) and nutritional rejuvenative herbs to repair code of Karma or genetic disease? With minute component that fetus keep itself alive by ‘Upsneha’ and ’Upsweda’ of mother. So, does great Vagbhatt says, ||Nishekat Prabhruti Garbhashayo Par Snehopswedo Vartanam || (As. Sha. 2-30) …class of Kaumbharbhrutya meaning Pediatrics is coming in AyurvedcSadhana School USA in AUGUST 2018. – Bharat Vaidya- Namaste